August 13, 2011
assalamualaikum.
this morning, i received a phone call from my mama at 8am.
as always, a morning phone call is not a good sign.
she told me that my dear cousin (i called him ABE) was not in a good condition.
abe was in comatose state, his pulse rate was so high and his BP was very low.
my other cousin, kak liz. she's a doctor said, 'he's going' when his BP become lower and lower..
and eventually we lost him at around 9am..
when my mama told me, i intended to go to hospital ampang..to see abe of course..
but it was too late.
after that, i travelled to subang jaya via KTM with my other two brother..
straight to their house laaa. our parent fetch us...
unfortunately, we missed solat jenazah.. huu.
but, alhamdulillah, we are able to be there for kebumikan jenazah..
since he is in soldier team, he is a soldier's engineer if im not mistaken..
soldier help us in burying the jenazah...
thanx u so much.. :)
owh, abe is diagnosed of having blood cancer, to be specific leukaemia 2 years ago..
he's undergo bone marrow transplant 5 months ago...
but, for the past 5 days, he complain of having fever. which is not a good sign.
when a person has cancer, for sure immune system will be low...
and fever shows infection by bacteria.
bacteria attacks a body with low immune system..
errmm, what do u think will happen?
logically, the bacteria will not be killed.. and will keep attacking systems, and as time goes by, it will attack another system..
the day before he passed, like i said before, he was in comatose state..
for me, abe was a very nice cousin.
his presence in the family will be missed by all of us.
semoga abe ditempatkan di kalangan mereka yang beramal soleh. amin.
alfatihah.
my family time raya 2010. 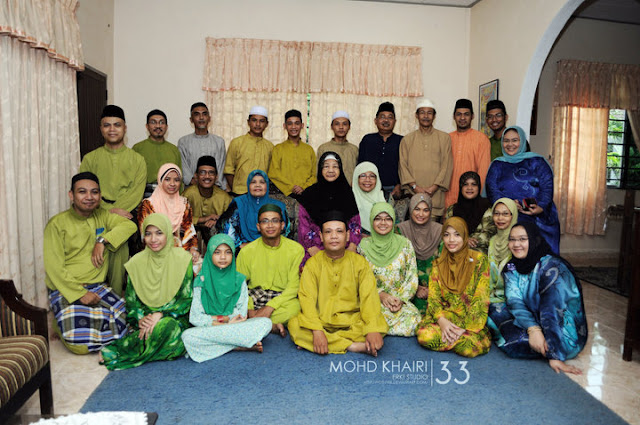 abe is on the left. besides ladies with orange tudung.

Popular posts from this blog